Mitsubishi eK X EV and Nissan Sakura are clones that will be produced by the joint venture NMKV at the Japanese plant in Mizushima, Okayama Prefecture. These 2 electric cars come from the K-EV X Style concept presented at the Tokyo Motor Show last January.

In Japan, kei-cars are those famous minivans designed to maximize space on board with minimal clutter on the streets. For 4 seats and a 107-liter boot, the Mitsubishi eK X EV and Nissan Sakura will fit a 3,395 x 1,475 m footprint, with a height of 1,655 m.

The comparison with the C-ZiMiOn is all the more accurate as the Mizubishi Mizushima Motors factory that produced them will use its adapted infrastructure to mount the eK X EV and Sakura. It has, for example, its own line for the formation of batteries.

However, the lithium-ion package, thinned by a new cell battery, and still placed underground, feeds an engine with a power of 47 kW for a maximum torque of 195 Nm. This position lowers the center of gravity. for better handling, including less body rolling in the curves.

With the same search for balance, the ceiling has been lightened. Future electric city cars also benefit from a 56:44 front / rear weight distribution.

The eK X EV and Sakura come from the K-EV X Style concept presented at the Tokyo Motor Show earlier this year by Mitsubishi. According to the latter, the machine illustrates its program ” Mitsubishi Motors-ness under which their new generation vehicles will be presented.

With what recipe? The handling of a kei-car, smooth but powerful acceleration, the high-quality driving comfort of an electric vehicle, advanced driver assistance systems and connectivity. 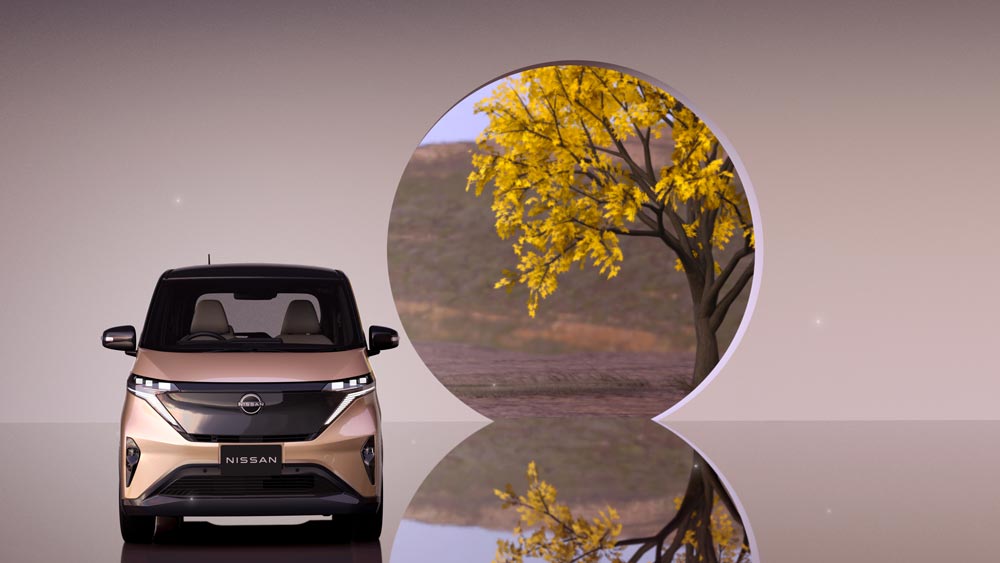 For its part, Nissan evoked in 2018 its medium-term plan called ” Nissan MOVE until 2022 including the introduction of a kei-car electric mini-vehicle in Japan. Today, Asako Hoshino, Nissan’s executive vice president, says his ” Cherry blossom “(Sakura translation)” will make electric vehicles much more accessible to customers in Japan “.

Unlike Peugeot and Citroën ten years ago, Nissan did not arrive empty-handed in terms of the design of these future electric city cars. Equipped with Eco, Standard and Sport driving modes, they will use the Leaf’s e-Pedal system. This way they can only be driven with the accelerator pedal, the immobilization can be achieved by lifting the foot.

This is a real asset to evolve in the city. Like the ProPilot Park automated parking system. When the driver activates it to park the vehicle, the device identifies an available space and then independently controls the steering, acceleration, braking, P-mode setting and parking brake. ” This is a world first for a mini-car “says Nissan.

Staying on the line and in the center of the lane will also feature adaptive cruise control, and among other things, in the provision of driving assistance. Keep in mind that the Mitsubishi eK X EV and the Nissan Sakura will offer a turning radius of 4.8 m and a fast charge to recover 80% power in 40 minutes with an almost depleted battery.

When equipped with the necessary equipment, future Japanese city cars will be compatible with the redistribution of energy. Thus, with a V2L (Vehicle-to-Load) adapter provided as an option, it will be possible to repair another electric vehicle or power several consumers, such as power tools, camping gear, or led lighting and sound system for a special outdoor event. 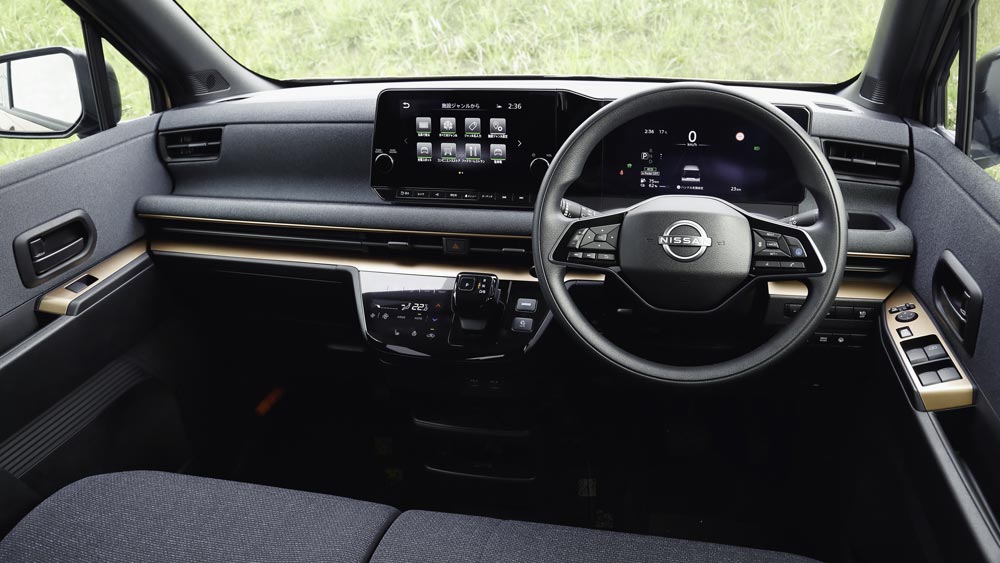 The Mitsubishi eK X EV and the Nissan Sakura can also be found at the heart of a V2H (vehicle-to-home) architecture.

The two manufacturers are also masters in these fields that allow you to benefit from an emergency power supply in the event of a breakdown at home, or save on the energy bill by associating the principle with local production. For example solar panels on the roof of your house.

Available this summer, according to the 2 manufacturers, the eK X EV and Sakura will be offered in a range of approximately 17,000 to 21,500 euros, in a large number of colors, including biton skins. Sales are currently officially booked in Japan.

Unless you go through online sales sites like Rakuten, where these electric city cars will be offered. However, this will not guarantee a possible use on our roads. We are just waiting for these fashionable cars to arrive in Europe in order to expand the market in their segment.