Contrary to popular belief, the box on the wall of your garage (wallbox) or on a mall pole is not the charger, but the equipment that powers the charger integrated into the electric vehicle. The charger converts the alternating current supplied by the box into direct current that the battery can store. This can be done by continuous charging when the car is plugged into a normal outlet or a faster level charge at a suitable terminal.

The battery is the heart of any electric vehicle. It largely determines its autonomy, cost, and weight. It usually comes in the form of a large module built into the floor of the car inside which are smaller modules that contain many even smaller cells. Some electric cars opt for implantation in the body cavities. In fact, the shape and location of the battery are of little importance to the buyer. The only thing that matters is the autonomy that the car offers. 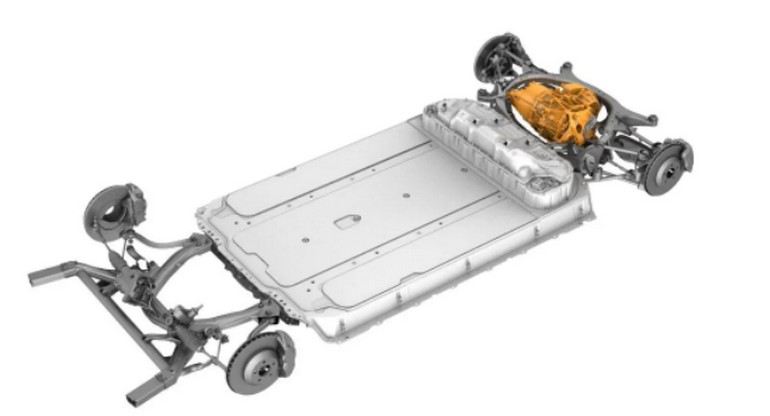 On a Tesla Model 3, the battery is built into the ground. This so-called “skateboard” design is favored by the automotive industry, but it’s not the only way to integrate a battery. © Tesla

The converter is responsible for transforming the direct current stored in the battery into alternating current used by most electric vehicle motors. This is done through an inverter. The converter also provides the interface between the transmission, the throttle, the start button and the driving mode selector. He is also the one who manages the energy recovery during braking or when the vehicle goes by inertia. Much of Tesla’s success lies in its ability to optimize these different energy flows and conversions. 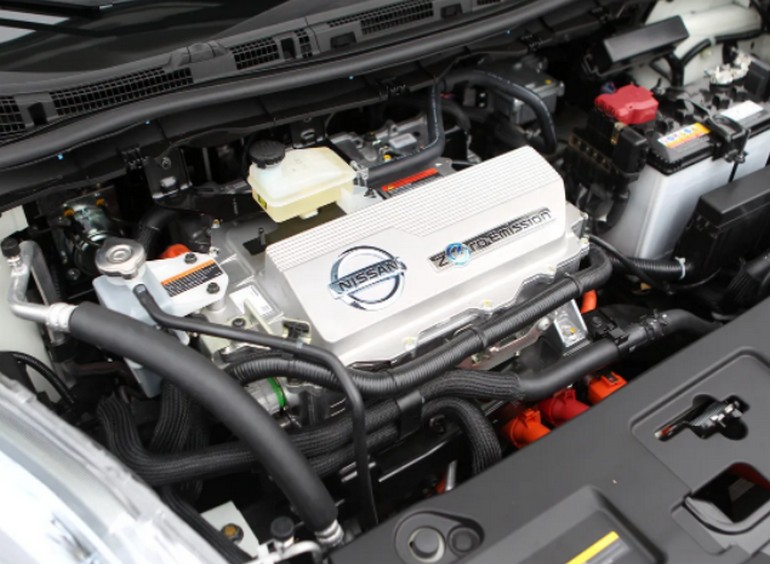 What looks like a small four-cylinder engine is actually the lithium-ion battery and the electric motor control module. Next up is an 80-kilowatt motor that drives the front wheels. © Josh Miller / CNET

An electric car can be equipped with one or more motors that will determine its power but also the possibility of having all-wheel drive. They are usually compact and hidden from view.

It is quite relevant to compare the power and torque between a thermal car and an electric car. Torque is the important index of the electric motor because it determines driving pleasure. In fact, keep in mind that electric motors can provide most of their torque at low revs, while gasoline cars need to increase their speed to achieve maximum acceleration. 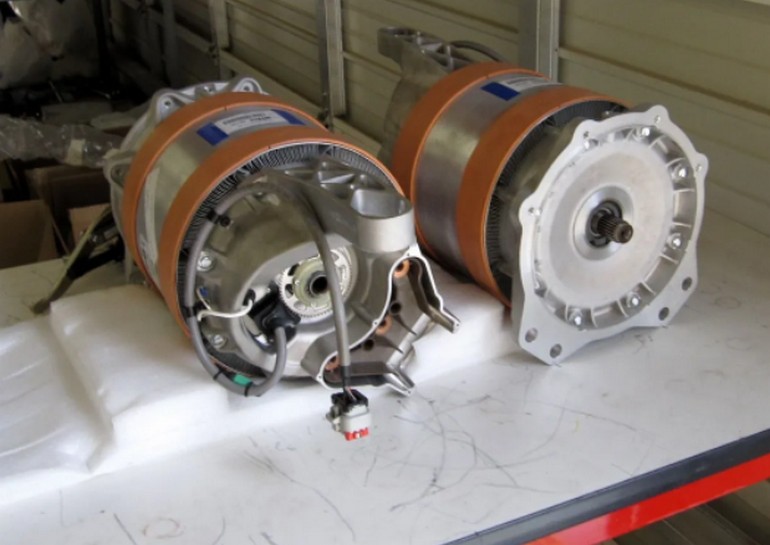 Far from being as impressive as a gasoline engine, each of these Tesla electric motors produces 248 horsepower and can drive a Tesla Roadster up to 200 km / h and drop from 0 to 100 km / h in 3.9 seconds. © CBS Interactive

Electric motors don’t really need transmission. The nature of their operation makes them efficient and powerful in a much wider range of revolutions than combustion engines. So they don’t need six, seven or even ten gears to help them adapt to the different speeds of the vehicle. With no conventional transmission, an electric car uses a driving mode selector. In the end, an electric car uses 70 to 90% less parts than a gasoline-powered car. 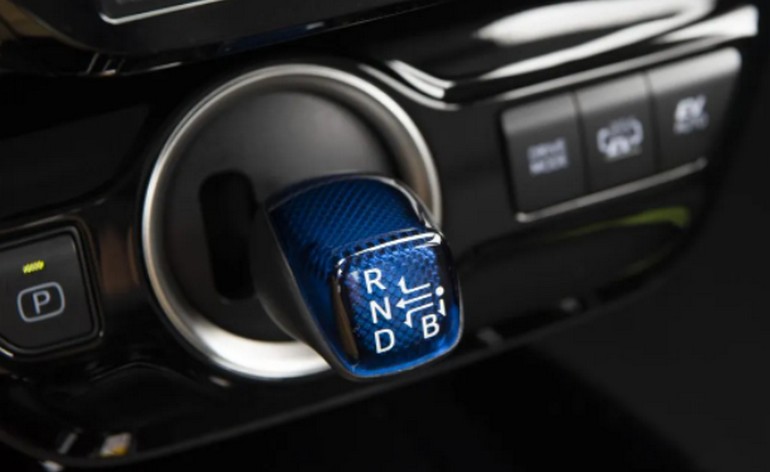 This rather strange gear selector illustrates the difference between the propulsion train of an electric vehicle and the multi-speed transmissions of combustion engine cars. © Toyota