Alternative diesel fuels allow for a cleaner fleet without modifying existing vehicles or facilities. There are some alternatives to fossil fuels (diesel / CNG). Some are immediately replaceable by diesel.

Buses usually have a fuel tank with a capacity of 200 to 350 liters.

Biofuels are partly (for example, B30) or entirely made up of vegetable oil (B100).

It is a fuel made from vegetable oil (90% rapeseed and sunflower). Agriculture thus becomes a source of renewable energy. This fuel is neutral to the greenhouse effect, emits less soot than diesel and is free of sulfur and aromatic compounds. Therefore, it is suitable for diesel engines of urban vehicles.

Due to the tax exemption, its price is close to that of diesel.

Several manufacturers have marketed B10, such as Saipol with Diester. With an incorporation rate of 30% (B30), the technical and environmental effect is considered optimal by its promoters.

The networks of Rouen, Alençon, Amiens, Calais, Pau, Châtellerault, Angoulême, Monaco, Quimper … use or have used this fuel for their buses.

TotalEnergies also sells a B30 fuel, Ecolium 30, made up of 30% biodiesel.

B100 biofuel is licensed for captive truck fleets, not available at public gas stations. A specific tank (12 to 50 m3) is installed in users’ tanks. This repository is connected to allow you to track consumption trends.

The public transport networks of Alençon and Monaco use this fuel for all or part of their bus fleet. Coach operators also use this biofuel (Citram Aquitaine in Andernos, Ruban Bleu, Morio Voyages, Adour Tourisme, Cars Collard, etc.).

Vehicles running on B100 have a consumption between 3 and 8% higher than diesel. The price of B100 is indexed to that of diesel.

This biofuel can supply Euro 1 to Euro 5 engines. For Euro 6 engines, manufacturer approval is required.

In 2020, manufacturers Volvo and MAN launched coaches with engines compatible with this biodiesel.

In June 2021, the Ruban Bleu group (Occitania) registered three Sunsundegui SB3 coaches driven by Volvo. These coaches can run exclusively with the B100. The fuel mentioned in section “P.3” of the driving license for these vehicles is B1 (code B100).

In September 2021, MAN Truck & Bus France and Saipol announced a partnership to offer buses and coaches running B100 Oleo100 at a cost comparable to a vehicle running on B7 (the most common diesel).

The new MAN buses and coaches are compatible with the B100. For MAN coaches, only the new Euro 6e engines accept the B100.

There are several families, such as GTL. Shell produces GTL (Gas-To-Liquids) synthetic fuel from natural gas.

HVO (hydrotreated vegetable oils) fuel is also a synthetic paraffinic diesel (XTL). Like the B100, it is reserved for captive fleets with their own storage capacity.

The company Neste produces HVO. This fuel is produced from waste and scrap.

TotalEnergies has installed an HVO100 production plant on its La Mède platform (13). In its production process, the group incorporates vegetable oils (palm oil).

The Altens company sells this type of fuel. Transportation companies such as Imbert Coaches or SABA use XTL-HVO fuel for their coaches.

A specific engine is required to run on ED95 (ethanol) fuel. This fuel can be produced from wine residues (grape pomace and wine lees).

Only Scania has produced ethanol-powered buses and coaches. In June 2020, 15 such buses were put into service at Transdev Occitanie Littoral in Montpellier for TAM network lines.

Consumption is higher than that of a diesel vehicle. Transdev indicates that these buses consume 62 liters per 100 km traveled on long-distance lines. 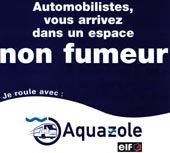 This is another fuel called “clean”. ELF Aquitaine has created a water-diesel emulsion: 13 to 15% of water and 2 to 3% of organic and petroleum additives are added to diesel.
Its use does not require any investment and reduces the nitrogen oxide content, reduces particles and reduces the opacity of fumes. The absence of the TIPP (National Tax on Petroleum Products) on water has reduced the additional cost of fuel to 40 cents per liter (ie 10% of the price).

The RATP used this fuel to run SC 10.
This fuel is no longer distributed.

GECAM O # is a fuel based on a low sulfur water and diesel emulsion that significantly reduces pollutant emissions.

Total has marketed diesel with very low sulfur content under the name Sheol.

Road passenger transport companies can be partially reimbursed by the internal tax on the consumption of energy products (TICPE). The application must be made quarterly. The amount of the refund depends on the regions.

For more information, see also the following fact sheets on the same topic: