Cinema … Television … Literature … Video games … the worlds of the imagination know no borders, their only reality is that they have no limits, but their complex horizons are sometimes difficult to put into perspective. What are the differences between science fiction, fantasy, anticipation, wonder, and fantasy?

Although some literary genres predate the twentieth centuryi century – such as Adventure, Horror or the Strange – the terms that unified its characteristics appeared in the 40s / 50s, first in the United States to segment the market for marketing purposes, then in Europe and the rest of the world. From then on, we’ll talk about Science Fiction, Anticipation, Fantasy, Wonderful, and more recently, Fantasy. All these terms then spread to the whole cultural space: comics, manga, movies, cartoons, TV series, video games, and so on. The most important thing now is to identify each genus whose boundaries are usually narrow.

Let’s say you’re curious about the night. In the distance a number of lights appear too low to be an aircraft squadron, and too high to be normal cars. They are flying saucers identifiable by their ovoid shape. You have just entered the perspectives of science fiction from which David Vincent has not yet recovered. Beyond, two eyes are watching you through the trees when suddenly an animal jumps in your face before fleeing. You wake up sweating in your bed. All this shit was just your cat playing with the pillow. You just lived a second of Fantastic. We continue this strange night. The animal was actually a werewolf. He bit you. You will soon be one of them on every full moon, but a light in the distance catches your attention, that of a small house; a fairy opens the door, a real sylph with a pure heart, possesses the antidote to werewolf bites. You have just entered the smiling world of Le Merveilleux. Now is the time to leave this forest before dawn. It will be the walk of the final encounter, that of the Fantasia in direct connection with the wonderful one. We’ll get back to that later.

“The history of Christianity is like a history of science fiction. »
Emmanuel Carrere 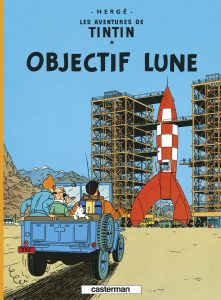 Science fiction and fantasy are two literary genres born in the first half of the 19th century.i century. They were a form of answer to the questions induced by the industrial revolution, but above all they went against the flow of the most fashionable genre at the time: realism. Frankenstein or the modern Prometheus, a novel by Mary Shelley published in 1818, is considered the forerunner of both genres. Science fiction consists of to produce a novelistic text in accordance with the technological advances that could be produced but which have not yet taken place. – (Alain Morvan). Thus, Jules Verne set out to conquer the moon in 1865, and HG Wells on a journey through time with your time machine in 1895. Despite these two famous titles, it was not until 1929 and Hugo Gernsback’s editorial in the first issue of the magazine. Wonderful stories of science so the term science fiction appears in the United States. In France, the expression did not become essential until the 1950s, with anticipation as a subgenre, which seeks to imagine what our world will be like in the near future.

According to Little Robert, science fiction (abbreviated SF) is a ” literary genre that brings the scientifically possible to the fictional imaginary ”, That is to say that new factors until now unknown in the romantic universe agitate the plot, like physics, chemistry, biology, astronomy, etc. ; there are also reflections on the humanities and social sciences, such as ethnology, sociology, and economics. Science fiction therefore extrapolates hypotheses: facts are impossible at the moment the author speaks but plausible in the near or distant future. Among the essential themes are the classic time and space travel, extraterrestrial life, parallel universes and many promised inventions in the future. Science fiction is also about what could have been the present if a trigger in history had deflected the reality we know. In this case, it becomes a Ukrainian. Bretagne Actuelle has already addressed this issue from the beginning of rewriting history from the modification of the past. [Le lien est accessible en fin d’article]. Another possible tree structure is dystopia, which represents a dictatorial universe. Famous dystopias include the sublime Shattered (1943) by René Barjavel, a great popular success that presents the collapse of a society in which electricity disappears overnight without any machine being able to operate.

Some essential elements of SF

“What is admirable in the fantastic,
is that there is nothing fantastic anymore: there is only the real. »
André Breton 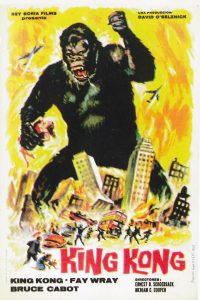 the Fantastic is a literary genre whose beginnings date back to the late eighteenth centuryi. The devil in love by Jacques Cazotte is one of the references that are still read today. A young man, Alvare, presumptuously decides to summon the devil in the company of friends. The villain appears to him with the appearance of a camel, after a spaniel and finally with the graceful image of the beautiful Biondetta. Or it is an illusion of the senses, the devil is then an imaginary being; or the event actually takes place, the devil exists but this reality is governed by laws unknown to everyone. That is, the Fantastic deals with an unrealistic fact in a realistic setting, causing the reader to doubt; the Fantastic occupies precisely the time of this uncertainty. As soon as we give an explanation of what happens in the story, we leave the Fantastic to enter the wonderful.

Some essential elements of Fantastic

” Mystery is the best craftsman of wonderful. »
Ursula LeGuin

Although often confused with Fantasia, the Wonderful it has its origins in popular beliefs, whether pagan or religious, monotheistic or polytheistic. The genre appeared in the late 17th centuryi century with Tales of the Mother Goose by Charles Perrault, published in 1695. The origin of Le Merveilleux is none other than the popular oral tradition. Charles Perrault has written many stories told “word of mouth” for centuries, in which the supernatural is mixed with a strange reality accepted by the reader, the narrator and the characters. These are fairies, small towns, witches … Everyone will have recognized the Tolkien universe: The Lord of the Rings, The Hobbit, that of Peyo with his famous Smurfs and of course many of Walt Disney’s characters, starting with Snow White.

Le Merveilleux was initially used for educational purposes. The tales allowed a less ceremonial abyss than a religious and social morality. So through Snow White, Girls were metaphorically taught that they had to do household chores to be good women. Another example. On his Sleeping Beauty, Perrault explains to the boys that they must be brave to have the right to marry and access, with their courage and pride, a higher rank than their own: at the end of the story, the boy becomes a prince and each prince is intended. to be king. Le Merveilleux was born from the good moralizing behavior of the eighteenth centuryi.

Some essential works of Le Merveilleux 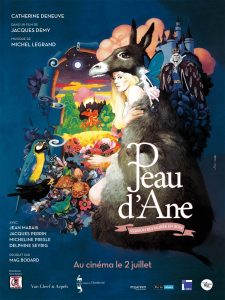 Fantasy (from English fantasy meaning imagination) has its origins myths and legends. From Homer to King Arthur … from Sherwood Forest to Brocéliande, where we find Barjavel and Merlin in his costume Lovely published in 1984 … since Wizard of Oz to the The Adventures of Peter Pan … Fantasy (pronounce f⁇̃youhaszjo) offers a map of the Wonderful. The 1930s and 1950s marked the golden age of the genre in English-speaking countries with, among others, The sword in the stone (1938) by TH White, adapted by Disney Studios under the title Merlin the magiciano Gormenghast (1950) by Mervyn Peake. However, it was in 1955, with the release of the lord of the Ringsthat Fantasia makes a decisive turn treading the lands of the wonderful.

The narrative of Fantasy always resembles an epic classified into numerous subdivisions. The best known is theHeroic Fantasy that tells the adventures of a main character. Harry Potter i The world of Narnia are part of. They are universes that are freed from all rules, the dream penetrates the concrete and spiritualizes the whole. In Trilby or Argail’s elf (1822), Charles Nodier imagines tales nourished by a fantasy imbued with strangeness; while The future Eve (1886) by Villiers de L’Isle-Adam pursues a meditation on being and non-being in the face of everyday reality and illusion; The Isle-Adam projects fantasy through the shapes and depths of the unspeakable, it is also the case of Lighting of Rimbaud and Lautréamont with his Songs of Maldoror. In these last examples, Fantasia rubs shoulders with the Wonderful and approaches the world of francophone science fiction. The circle is complete.

Some essential elements of fantasy

The sources in this article are too numerous to list. The newsroom makes them available upon request. In addition to the references to the body of the text, note, however, the Larousse encyclopedia, the science fiction dictionary (several authors – Rústica) and the Fantasy dictionary (Anne Besson in Vendémiaire Ed.).