Provocative, unbearable, deeply depressing … What hasn’t been said about Baudelaire? He revolutionized poetic art and our view of life, love, and death. Behind his dandy ways and excesses, the man keeps his mystery.

What if his secret was chronic dissatisfaction? His life, we will see, was really nothing more than an endless search for perfection, for gold hidden under the mud.

From one father to another

“I think my life was doomed from the beginning” ! It is true that for Baudelaire, the beginnings of existence were not easy. Imagine: his father was 62 years old when he was born on April 9, 1821.

Here is the late son of a swaying couple, as her mother Caroline is 34 years younger than her husband. When she is widowed in 1827, she hurries to marry a handsome officer. “Bound to His Righteousness as His Uniform”.

For Charles, Aupick’s ambition is first and foremost a “ready” substitute before becoming an inflexible stepfather. The boy had to get used to the loneliness of the boarding school, in Lyon and then in Paris.

“You can do better”

In Louis-le-Grand, it gets price after price in Latin version and in verse, but this fort-tête, endowed with a “very bad spirit”according to the competent authorities, he remains in detention and even ends up being expelled from the famous institute. 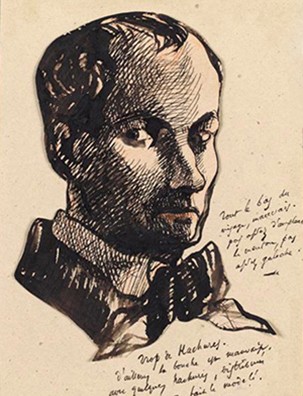 The reason ? He would have preferred to swallow a role given to him by a colleague rather than give it to the supervisor! A few months later, the baccalaureate in his pocket, thanks to the good attention of a tutor, he left to enroll in law school. Real life can begin.

Settled in the Latin Quarter, Baudelaire will take advantage of his new freedom to frequent the literary and party worlds. Worried, his parents decide to cut him off from his bad associations by sending him to the other end of the world. Radical, but ineffective …

Embarked in 1841 on Transatlantic of the South Seas, returned to Bordeaux just 8 months later. This is enough for him to absorb an exoticism that reappears regularly in the rest of his work. He will return, as he writes to his mother, “with wisdom in hand” ?

Nothing is less certain, knowing that he has just inherited his father, a good sum that opens up many perspectives …

“Under the lazy sun” (The Fanfare)

It’s a party! Located on the island of Saint-Louis, Baudelaire leads a luxurious life. He stands out above all for his dress, proudly wearing an ox-blood tie, pink gloves and a top hat like those dandy looking “Clash of the bourgeoisie”.

His parents eventually assigned him in 1844 the management of the remainder of his estate to a judicial council. At the age of 23, he is a minor again! How, with 200 francs a month, can you continue to support your mistress and inspiration, the? “Black Venus” Jeanne Duval?

For the time being, deeply humiliated by his guardianship, he must question and adapt his dreams of a grand prince to his new bohemian life. 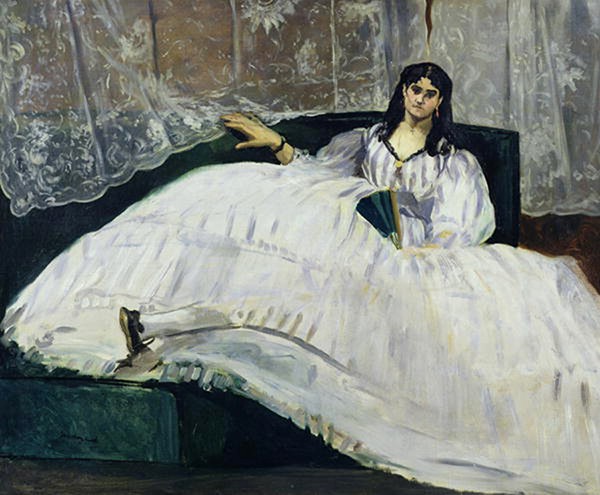 If the time is difficult, it is also rich in creation, as it is at this time that most of the poems of the Flowers of evil it is thrown on paper.

But as poetry did not feed her husband, Baudelaire quickly sought to position herself as a journalist and then as an art critic, specializing in reports from Painting Salons. But the misery is still there and in June 1845, he stabs himself in the chest.

This clumsy suicide attempt is above all a cry for help for someone who, all his life, was the victim of a great moral loneliness, unable to face the vulgarity that, according to him, surrounded him on all sides. 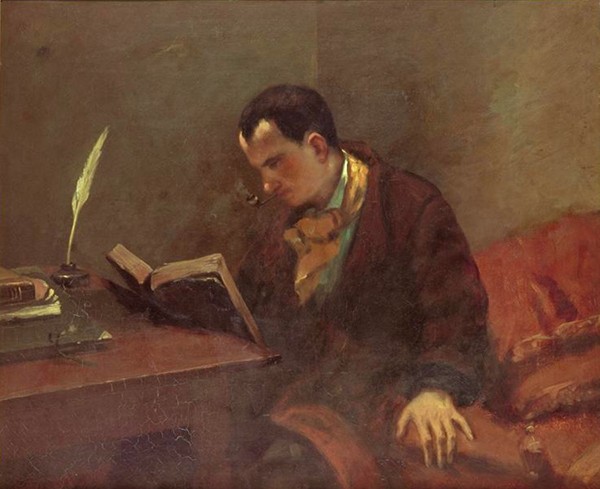 The convalescence is short-lived and Baudelaire can go live with a dancer. “Queen Pomare”.

It was at this time that he discovered hashish, perceived as a means of gaining inspiration, while at the same time making a revolution, weapons in hand. Aren’t we saying we saw him in February 1848 at a barricade calling for the execution of General Aupick?

Of the revolution, Baudelaire ultimately only loves “the fervent energy that bubbled in every head” (Charles Asselineau). He has already discovered Edgar Allan Poe, an American author with a dark and strange universe who will try to make himself known by working on his translation for more than 10 years.

He finds the Extraordinary stories of Poe this same will to erase the truths hidden beneath reality, this same thirst for the absolute shattered by an age insensitive to this search.

This is the big day! On June 26, 1857, these Flowers of evil in which Baudelaire has been working for almost 15 years. Quickly, it’s the hallali. 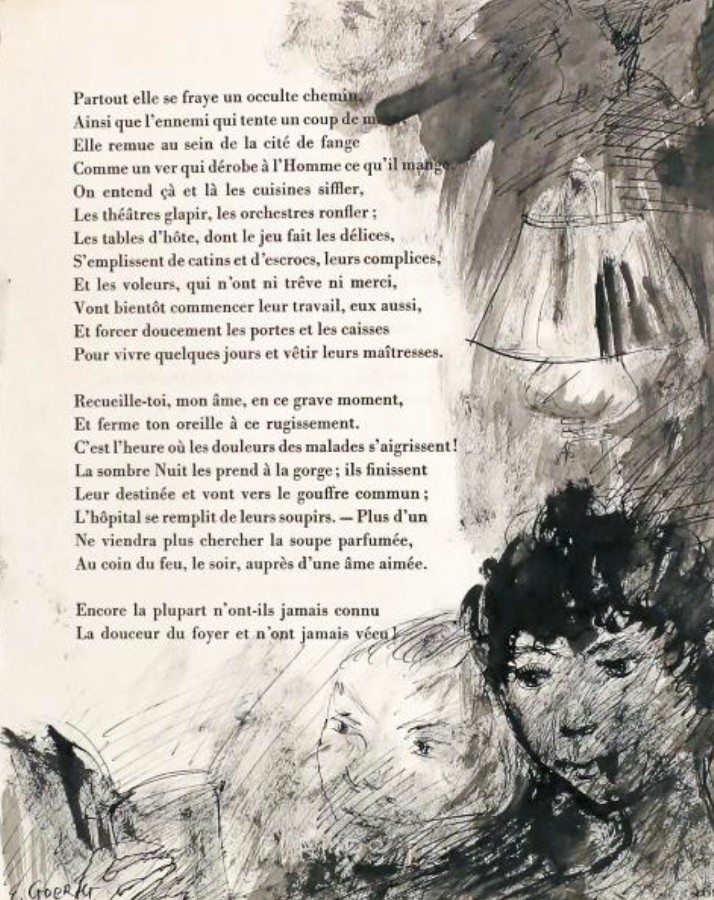 Ten days later, the verdict falls, forcefully: “There are times when we doubt Mr. Baudelaire’s mental state […]. The odious rubs against the ignoble, the repulsive allies with the foul. » (Le Figaro, July 5, 1857). On July 7, an investigation was opened against the writer and his editors for “outrage against public morals and good manners” i “offense to religious morality”.

On August 20 is the trial, and the sentence falls: he is sentenced to pay a fine of 300 francs and to cut from his work 6 poems considered especially scandalous. They will not be published until 1949.

“I don’t remember falling so low” he wrote to his mother at the end of 1857. Here he is again immersed in that spleen which has been eaten by him for so many years and which he defines as a “Immense discouragement, unbearable sense of isolation”.

He ends up returning to work with great force as no less than 35 new poems are added Flowers of evil New version. Abandoning his desire to enter the French Academy, he preferred to devote his time to a more stimulating activity, the prose poem.

No more rhymes and Alexandrians! He will give you his letters of nobility inspired by his walks through this Paris he adores. But the project of publishing a collection will not prosper, and it will not be until 1869 that the 50 pieces of the Spleen of Paris (On Short poems in prose) are published. 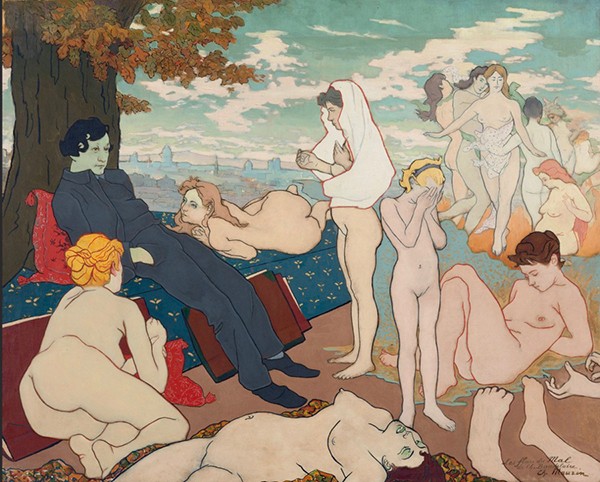 Once again, he had to find money quickly, although this meant leaving Paris in 1864 to negotiate in Belgium with Victor Hugo’s publisher.

His stay in Brussels is nothing more than a series of disappointments: his publishing projects remain paralyzed, his lectures are deserted and poorly paid, his finances are nowhere near. While visiting the church in Namur, he fell ill where he came from hemiplegic and aphasic.

Repatriated to Paris, the man who is now a 46-year-old man affected by syphilis, died on August 31, 1867. The last word of one of our greatest poets must have been pride. “Damn it!”as the final challenge.

To which literary movement did Baudelaire belong? No ! If he was heavily influenced by the Romanticism with which he shared a desire to express his personal feelings, he was also influenced by the Parnassians the taste for beautiful writing he appreciated.

He did not hesitate to take liberties with the style to better reflect the sensations, the images he perceived. In this he is a forerunner of Rimbaud and the Symbolists, but also of the Surrealists.

Today Baudelaire has definitely joined the family of “classic writers”a consecration that would have surprised this poet who lived with the feeling of exiling in his own society, as a “Big swan, with his crazy gestures, […] ridiculous and sublime “.