Every month, the Sétois Alain Rollat ​​offers a literary meeting, the Marque-Page. This eminent journalist, who was deputy director of the World, presents books by regional authors from Occitania publishing houses. It’s Audrey Besset’s turn and her Les Survivantes; Richard Douieb, with At the Crossroads or Jean Vicente, with his work Shadows in the Eyes.

There is already a covid-19 generation in the literature. Audrey Besset is one of those hyperactive closed people whose limitations in health isolation have ranged from the pleasure of reading to the passion for writing. This passion has even become so pressing, in this young mother from Castelnau-le-Lez (Hérault), that after having published, last year, The Night of the Oracles, a thriller full of references to the Greco-Roman mythology, ventures, this year, to science fiction, a literary field so popular that it is always difficult for new authors to chart an original path. In addition, when you write quickly, you run the risk of being overwhelmed by the ease of stereotypes.

Audrey Besset herself gives the impression of embarking on the crushed path of American science fiction. The title of his book, Ionad Dome, evokes the dome of Stephen King; its subtitle, The Survivors, refers to the setting of Divergent, the saga of Veronica Roth ; its main heroine, Aude – “A teenager like the others whose destiny changes when a new world war breaks out: she is kidnapped by strangers and wakes up, amnesiac, under a mysterious dome …” – seems to come from a thriller by Nora Roberts or a movie by Luc Besson.

But this first impression is just a hoax. Because the author has enough talent and imagination to free herself from her referents. His writing is clear, his plot well assembled, his plot well conducted, his endearing characters, his multiple finds, his story dominated at a frantic pace. The result is an amazing mosaic: this book is at once a comic strip, a youthful love story, a thriller, a western and a video game. It is a book of our time, without flourishes, whose action passes at full speed. There is love, fights, twists and turns, the ABCs of success. Teenagers and young people will be seduced. The question is whether Audrey Besset, who is starting an ambitious trilogy project, will go far. It would be wise to take a moment to breathe so as not to run out of steam …!
Audrey Besset, Ionad Dome. The Survivors, Verone editions, 230 pages, € 19.

Watch out for the gorilla!

Science fiction literature did not expect the atrocities of the war in Ukraine to focus on the means to remedy the part of inhumanity that has always weighed on the human species.. Authors seeking inspiration from scientific research gladly exploit, for example, the accumulated knowledge about the genetic particularities of certain plant species. One of them, in particular, the Lady’s Crescent (Arabidopsis thaliana) intrigues them a lot. This “weed” – the first plant whose genome has been completely sequenced – has the power, as it evolves, to correct its genetic defects.

The weed that corrects your genetic defects 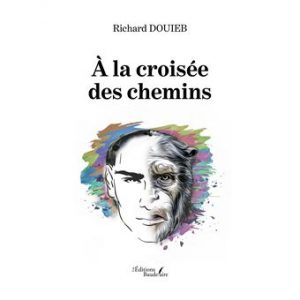 A novelist from the Hérault, Richard Douieb, who cultivates his secret garden near Mauguio, It offers a track similar to the Arabette des Dames. It implicitly assumes that if a “weed” has this power, there is no reason why it should be absolutely impossible for the human species. This idea is not exaggerated. Fromhomo sapiens it is the product of cataloged genetic crosses, it is not impossible for its descendants to one day give birth, after other crosses, to a less bestial human species … Or, on the contrary, worse than ours.

This universal problem inspires Richard Douieb with an entertaining modern western in which the young hero, of mysterious origins, resembles both Tarzan and King-Kong and questions his ambivalent identity in a jungle closer to that of Calais than to that of Calais. Congo. The story is short, skillfully constructed, impressive; would make a good action movie script for the Netflix generation.
Richard Douieb, At the Crossroads, Les Editions Baudelaire, 105 pages, € 13.50

The time of confinement will also have been the golden age of self-publishing, which is for literature what is the continuing information for journalism worthy of the name: a fair of derivatives. How many self-published books have you ever met with any readers? However, there are some that deserve the full attention of publishing professionals. This is the case of the first novel –Shadows in the Eyes– that has just been published by a young man from Toulouse who is passionate about art and rap, Jean Vicente, a pure product of the web generation that chose to write with the guts because it was tired of banging its head against the walls of the lack of culture on the internet. It is the novel of his own fears.

We breathe hashish, hate, shit … But we talk about Kundera and Youssoupha and, between two joints, we even have the right to psychoanalysis sessions … ” 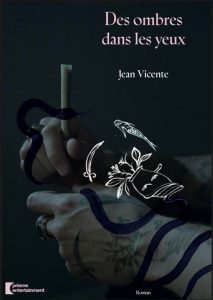 A post-election news thriller: The President-Emperor, a certain Manuel Barron, was re-elected in 2022 but is unable to restore peace in a France affected by violence.. Artists became the main opponents of their repressive power; so this Jupiterian president banned all forms of expression and creation. It is in this pre-apocalyptic universe where an art dealer with complicated loves survives selling forbidden artwork under the layer he downloads on USB sticks.

This offers a thriller set against the backdrop of a social pamphlet. There is the experience of yellow vests, antivax, rebels, sometimes a touch of conspiracy … We sweat the daily lives of beings who need everything they pursueunderground universal. We breathe hashish, hate, shit … But we talk about Kundera and Youssoupha and, between two joints, we even have the right to psychoanalysis sessions.

That said, Jean Vicente is above all a tone, a style, a writing, a rapper cast. The psychological suspense he stretches has depth; his characters are thick; his verb is earthy; their spoken language. The ensemble is reminiscent, in form, of Frédéric Dard and, in content, of Romain Gary. It is the mark of a genuine writer. That the work is not spared from the typographical and lexical scum inherent in self-publishing does not alter this wonderful discovery. We like.
Jean Vicente, Eyeshadows, Editions Factory, 284 pages, € 15