Faced with the blocking of many websites and the control of social media orchestrated by the Kremlin, Ukrainians and Russian anti-war activists resist with decentralized messaging systems and mailing lists. This is the analysis of Francesca Musiani, a member of the ResisTIC project on digital resistance, whose symposium will be held on March 31 and April 1 in Aubervilliers.

“RuNet” refers to both the Russian-speaking community on the Internet and Russian websites.

The Russian invasion of Ukraine, which began on February 24, is also a “digital” and “digital” war. It had a considerable impact on the cyberspace of the affected countries, due to drastic changes in Internet legislation in Russia and international sanctions that, among other things, led to the exit of many digital companies. On the Ukrainian side, the physical infrastructure is, of course, badly damaged by military operations. Citizens, hackers, and state agents are carrying out massive cyberattacks on government services on both sides, and Kremlin-led disinformation campaigns are flooding Russian social media.

Laws to cut Russian Internet from the rest of the world

If the war in Ukraine has focused on these different phenomena, it should be remembered that these are long-term dynamics that the ResisTIC project has been analyzing since 2018. Specifically, the Russian authorities have been actively involved since 2010. digital sovereignty strategy that focuses on enhancing the RuNetCloseCombined word made of “ru” (suffix of Russian Internet domain names, as fr is for France) and “net”. Designates both the Russian-speaking community on the Internet and the Russian websites. by enacting new laws to counter foreign influences. Other examples of this trend: the Sovereign Internet Act, passed in 2019 with the official goal of protecting the country from cyberattacks, and the “Anti-Apple” Act, passed in 2020 with the goal of pre-downloading all smartphones sold in Russia. a multitude of applications made in Russia.

(…) Information flows directly to government-controlled routing points, so that only data exchanged between Russians reaches its destination.

In addition, one of the stated goals of the Russian government is the possibility, “if necessary”, of physically isolating the Russian Internet from the rest of the world, in particular through two key measures. The first is to create your own version of the Domain Name System (DNS), so that it can work if the links to servers located internationally are cut off.

The second is for Internet service providers (ISPs) to demonstrate that they are able to direct information flows exclusively to government-controlled routing points, so that only data exchanged between Russians reaches its destination.

Every effort has been made over the past decade for Roskomnadzor (RKN), the federal government’s communications control body, to expand its jurisdiction. You can now reach such diverse areas as online content control, the right to block websites, and the registration of blocked websites, which has greatly increased your chances of censorship. And this is thanks to a major Russian Internet control lever related to infrastructure: the Tehnicheskiye Sredstva Protivostoyaniya Ugrozam (TSPU) system, which can be translated as “technical means to counter threats”. 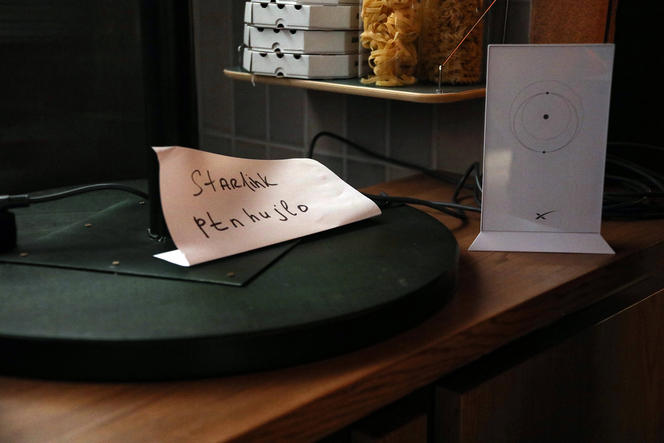 Starlink connection kit in Odessa, southern Ukraine. Satellite dishes and terminals were deployed in early March, following a call by Ukrainian Deputy Prime Minister Elon Musk to the billionaire. Its satellite service allows the Internet to be restored in the bombed areas, but it could also facilitate geolocation by the Russians.

Therefore, RKN can significantly slow down or partially block the most popular social networks in Russia. Thus, Russian anti-war activists were separated from major foreign news services. Soon they will also be cut off from others because the new in-depth package inspection system (in-depth package inspection or DPI), provided by TSPU and installed on most Russian networks, is currently used to block or block Facebook, Instagram and Twitter and block independent media. The aim, of course, is to control the narratives of the ongoing conflict that the Russian state still refuses to call war.

The goal is to control the narratives of the ongoing conflict (…) Network closures are being orchestrated from above by RKN, the federal government’s communications control agency.

War also introduces new risks. Ukrainian citizens and Russian anti-war activists share the same very specific threat model of war, which is the partial or total shutdown of the Internet. In the case of Ukraine, these disruptions in connectivity are mainly caused by physical damage to optical cables or cell towers due to current military operations. In the case of Russia, these closures are orchestrated from above, often by RKN through the TSPU system.

The growing set of legal and technical limitations that have weighed on the Russian Internet over the last decade has led to a set of resistance and adaptations by Russian Internet users, which the current situation once again shows as it improves. . similar strategies developed by the Ukrainians. 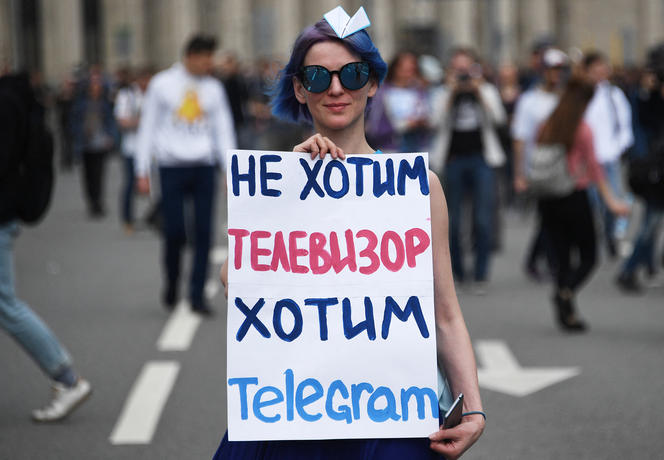 “We don’t want television, we want Telegram,” he said in Moscow in April 2018. The famous courier service has now become one of the main tools of Russian activists to organize actions against the war. Ukrainians use it to coordinate in emergency situations.

For example, despite its poor encryption, Telegram’s secure messaging system, known as “unlocked”, has become the main communication tool for Russians and Ukrainians since February 24, 2022. It is used to disseminate more or less independent information and first-hand documentation in video and photo of the war. It also serves as the main tool for Ukrainians, to coordinate in emergency situations, and for Russian activists, to organize anti-war actions and coordinate support for detained activists.

DIY and gray matter to bring the Internet to the bunkers

This new context also pushes citizens of both countries to look for alternative tools that can be reliable even when the “normal” Internet is down. The possibility of being completely or partially disconnected causes users to resort to “old” protocols and tools, such as text messages and regular phone calls, as well as email. Ukrainians call and text loved ones sitting in air-raid shelters for many days without the Internet, while Ukrainian ISPs work to bring the Internet to bunkers relying on a “do it yourself” dimension and flexibility that has been specific to Ukrainian. Internet for a long time. 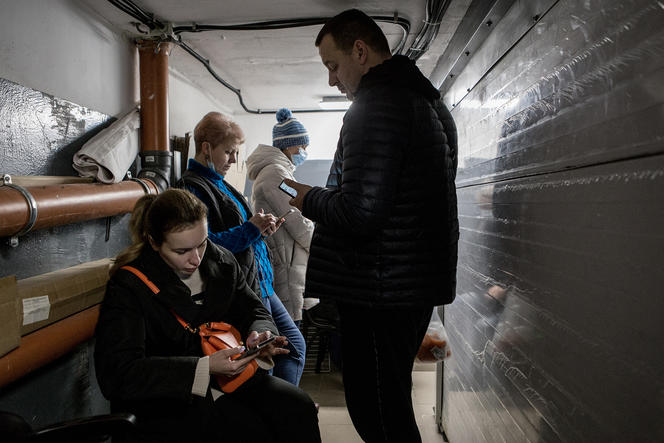 Supermarket employees took refuge in a bunker on February 28, 2022 in Dnipro, Ukraine. When they are deprived of the Internet for many days in shelters, the population only has text messages and phone calls to contact their loved ones.

Opposition media in Russia meanwhile return to “classics” mailing listsCloseUse of email that allows the group to send information to registered users, usually in large numbers. to share information about the war, as their websites are officially blocked.

For most people living in a context of war, digital security becomes less of a priority than connectivity: better, unprotected communication than no communication. But user groups, whose technical skills are more advanced, have nevertheless started digital “migrations” and are calling for greater use of decentralized encrypted messaging services such as Briar, Matrix or Delta Chat.

Russians and Ukrainians who oppose this war, in principle and in their daily practices, use the same technologies to protect themselves from very similar adversaries. They share the same vision of a digital world where freedom of information is guaranteed and the right to privacy is protected. ♦

The views, opinions, and analyzes published in this section are the sole responsibility of the authors. They do not constitute any position of the CNRS.

To find out more:
ResisTIC Colloquium, “Criticisms and evasions of controls and surveillance on the Internet”, March 31 and 1er April, Condorcet Campus, Congress Center.