“The rounds piercing the armor break the bodies as the plasma beams briefly imprint on your vivid retinas. 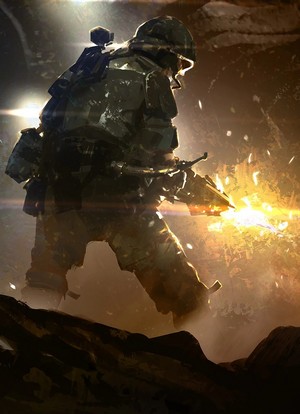 There is smoke in your throat before you realize it is you who is burning.

Chemicals melt your armor, burn your eyeballs, and your deformed helmet fuses with your skull while biochemical weapons spin you like a glove and reduce you to a trembling mass of black jelly.

Here are all the tools you need to run an open world campaign on the famous Marine Corps. “

The book is divided into 10 chapters that can be grouped into 4 main parts: 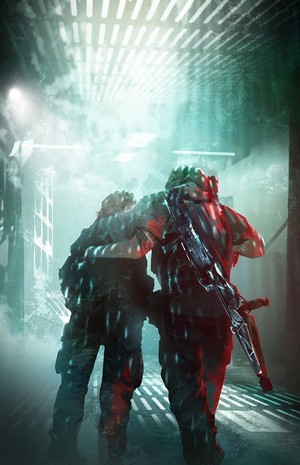 The border war (170 pages), offers a campaign framework (overview, events, present forces, how to involve PCs) and 7 scenarios, of about twenty pages each:
. Operation Apothesis : PCs must find the Medical Corps frigate UAS Gloria, shot on a forest moon. They are supervised on loan by an insurance agent from the Weyland-Yutani company.
. Operation Arctic Apocalypse : A murderous bioterrorist sect, called the Sons of the Divine Gods, is taking hostages. It is up to the Marines to manage the situation.
. Discrete collection operation : Marines are sent to investigate an incident at a biological weapons testing facility.
. Cherry operation : Marines must have the only spaceport in a besieged island colony.
. Operation Dream Catcher : PCs are sent to eliminate the source of subliminal signals that trigger psychotic behavior in settlers.
. Deep well operation : Marines must intervene in an independent mine in order to rescue workers who have discovered and released a “Black Death” reserve. It must not fall into the wrong hands.
. Operation Pop Garden : The grand finale of this campaign.

The Marine Corps (see 1986 film) Alien, the returnby James Cameron) seemed to be the least appealing aspect of the films to be developed in Role Playing, but this addition will change the more skeptical mind. 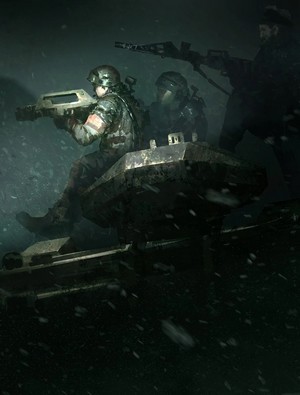 In fact, even if the armed arm necessarily contributes its share of action scenes, the claim is always in order, and in addition to being cannonball pulpits, PCs will often be taken for the prank roosters of the farce. , in the different missions, where nothing is what it seems at first glance.

The main interest of Colonial marines it is in fact the contribution of the first real campaign framework for RPG. The scenarios could be played independently, but it would be a shame to miss the background story, which is told in each adventure as a piece of the Metapuzzle (understand that each scenario reveals secrets to understand the general framework, which leads us directly to a final). conflict).

All this pleasantly takes us out of the (however formidable they are behind closed doors) of the world destroyer i Starter kit.
The game is gaining momentum, giving space, so as not to get stuck in the service of movie fans, without distorting the themes, motivations and spirit.

You will be amazed, I hope and as I have been, very pleasantly interested in this supplement.