These 3rd graders have no hesitation in staying two hours longer than their classmates at Charles-Péguy College to work on science projects. And social. The youth association Partage ta science, which aims to make science known to many audiences, continues its activities this year with 59 3rd year students. They are working on several projects, one of which involves the creation of a small GPS to help visually impaired people find themselves around a supermarket. Another group worked on an escape game using computer programming.

There are two ongoing projects for the national final of the Science Factor competition, organized by Global Contact with the Ministry of Higher Education and Research and the Ministry of National Education. Objective: To stimulate the interest of young people, and more particularly of girls, in scientific and technical careers.

The young people, led by physics teacher Laila Margoum, and mathematics teacher Fabien Parenton, had to propose an innovative scientific project, with a positive social, economic or environmental impact.

Receive our ecological newsletter by e-mail and find the latest news from economic agents in your region. 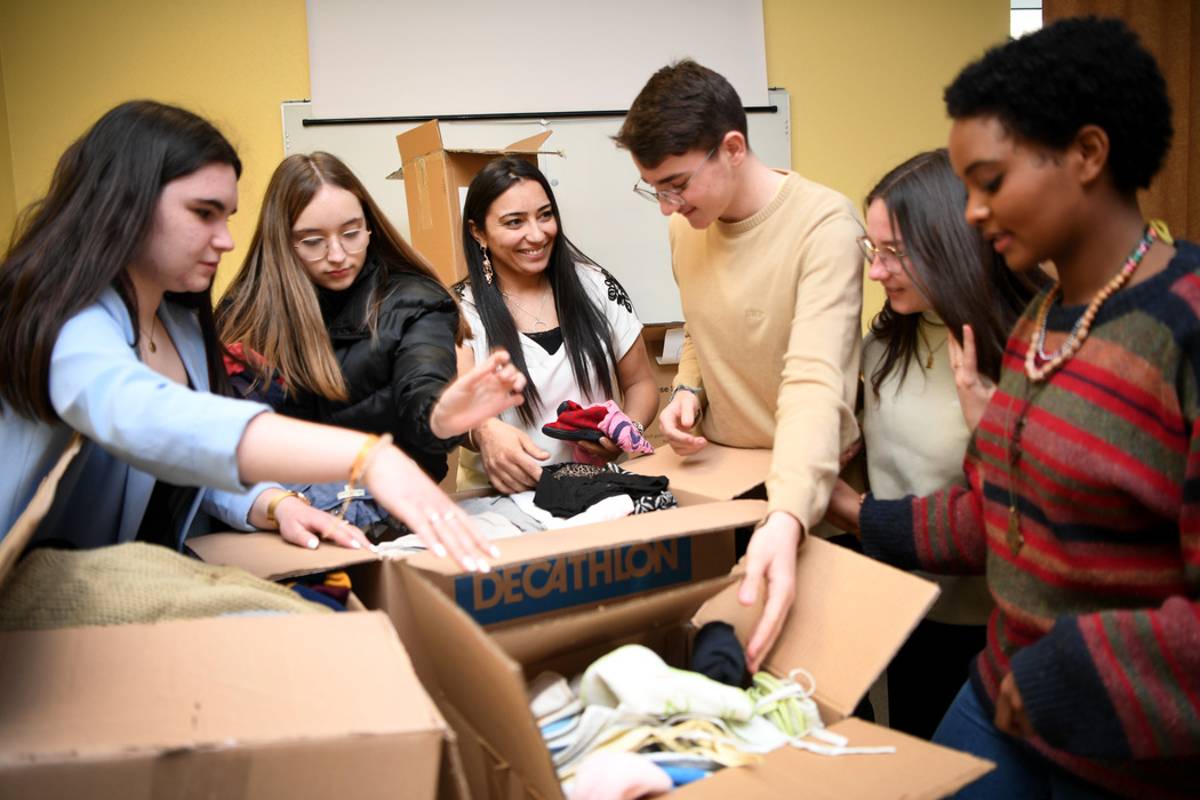 Part of Vestiécolo’s team is organizing a fundraiser at its establishment for the benefit of Ethiopia. photo Francois-Xavier Gutton

The Vestiécolo (Léonie, Lilou, Océane, Inès, Adam, Juliette and Clovis) have chosen to draw attention to the excessive consumption of clothes. “We became aware of these problems at COP21. We calculated the carbon footprint of a piece according to its elements, which is not easy because a piece has many components and they are not always well marked on the label. We want to raise awareness about pollution in the textile industry, ”say teenagers who have even created an html app with high school students from Jean-Monnet in Yzeure, which gives consumers their carbon footprint.

Young people also had the idea of ​​a label, the “vestiscore”, as the labeling system, the nutri-score to inform the consumer about the environmental impact of a piece purchased, including its materials, of composition, the path in which it has traveled from its place of manufacture. They sent their proposal to Barbara Pompili, Minister of Ecological Transition, for the time being unanswered.

They are organizing, until April 2, a collection of clothes for the benefit of the Angevin association With Ethiopia, with a class of last year of Sciences and technologies of the industry of Jean-Monnet. Posters and communications in the classrooms allowed them to publicize their project throughout the establishment. “It’s a great experience, this teamwork. We are proud of ourselves, it was super rewarding to help poor people! “.

The Lolizos (for Loane, Lili, Zoé and Zoé) work for gender equality and want to raise awareness among young people and those around them through the boards of a cartoon entitled “We Women! “In particular, she says, ‘I’m not a feminist, I’m just a realist.’

Researcher Maha Issaoui, godmother of the youth association Share your science at Moulins

A comic strip “We women”

“We want to end stereotypes,” said the teenagers who wrote to the Minister of National Education, Jean-Michel Blanquer, and the Minister responsible for citizenship, Marlène Schiappa. Girls believe that certain currents are not open to them. Some professions still have too much gender. Our goal is to go to schools to raise awareness among the youngest. Then, in college, it’s too late. We were also surprised by the statistics on women victims of street harassment. 86% of women said in 2018 that they had experienced it in their lifetime [d’après une étude de l’Ifop] “.

Teenagers had to make videos for the Science Factor contest. These two projects received enough votes (a few hundred) and caught the attention of the jury in different categories, opening the door to the national final. Each winning team earns € 250 gift certificates per participant, as well as media coverage from Science Factor partners and long-term support with guidance support.

But first, they will have to pass the oral exams scheduled for April 6, for which they work hard. The awards will be presented on May 25. “When I see their energy, their team cohesion, I think they have already won,” said Laila Margoum.

Sponsor of the youth association. 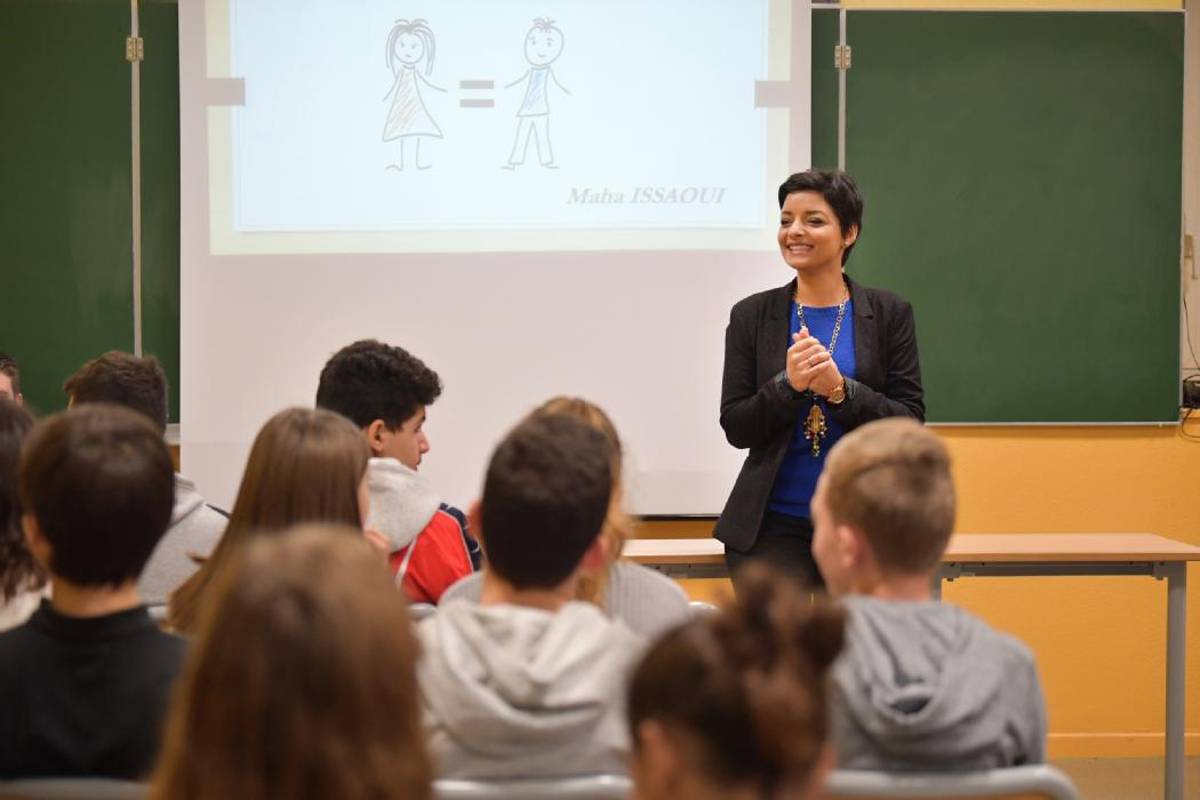 Maha Issaoui, a researcher in health engineering, when she arrived at Charles-Péguy University in 2019. She is the godmother of the youth association Share Your Science. Archive December 2019 FX Gutton

Unesco researcher and ambassador Maha Essaoui, head of the Puy-de-Dôme Departmental Council’s anti-discrimination project, remains the godmother of the youth association. After an hour-long video exchange, the next meeting with her is planned for the Exposciences fair, in May, in Clermont-Ferrand.