With Python’s growing popularity as a language for data science, it was only natural for JetBrains to have PyCharm, its Python IDE, enriched with data science features. That’s how the company began working to significantly improve PyCharm’s data science support, based on feedback it received last year. During this process, JetBrains was able to better understand the differences between workflows and tool expectations of data scientists and software developers. So last March, JetBrains launched a new integrated development environment for data science called DataSpell. And last month, DataSpell’s private early access program opened to everyone. One month after announcing the opening of its Early Access Program (EAP), JetBrains is releasing a second compilation of DataSpell that brings several major improvements: Jupyter variables, workspace interpreters, Diff file for notebooks, Pycharm and more. Below we present the news of the new EAP compilation with more details.

If you’re using local notebooks, you’ll find the new Jupyter Variables tool window on the right. In previous versions, the only way to access the variables in the selected notebook was through the Variables tab of the Jupyter tool window. now the active variables are visible directly next to the notebook. 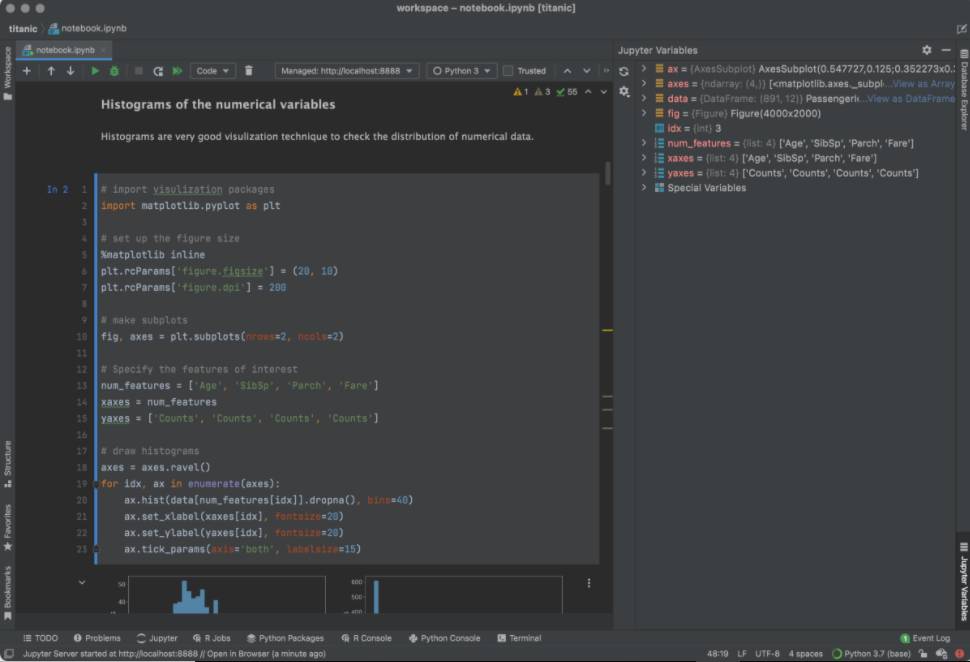 Another notable improvement is the new Interpreter widget, accessible from the status bar. Previously, this widget only appeared if a Python notebook or script was open. And the widget only showed the interpreter for the file used. It is now constantly visible. You can click on it to show the interpreters overview of all the attached folders and modify them if necessary.

When storing Jupyter notebooks in Git, it can be difficult to keep track of local changes because Git treats notebooks as JSON files by default. With the new DataSpell EAP creation, you can see local changes side by side, both for cells and their results: 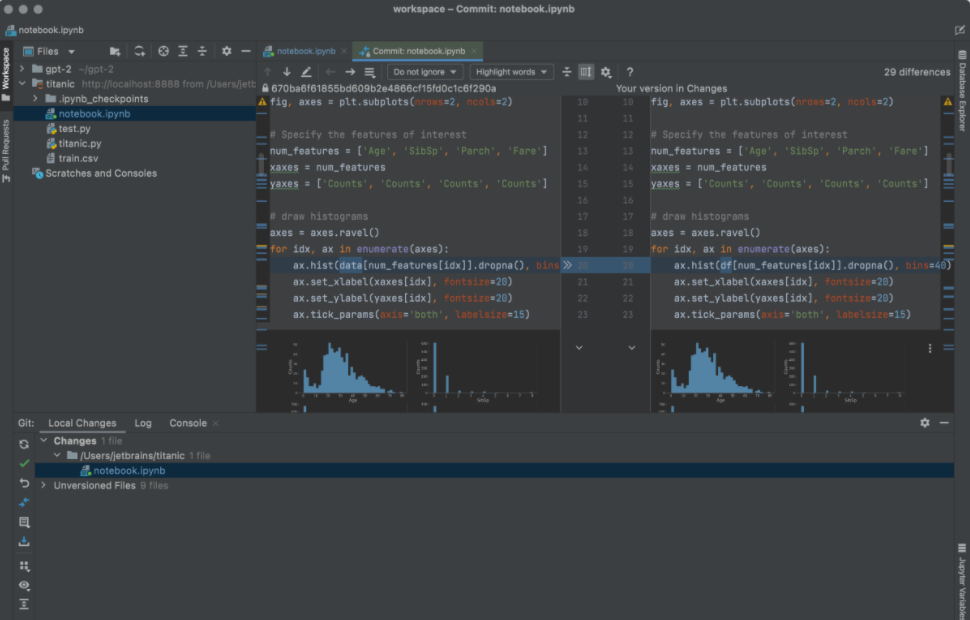 Results of interactive tables in the Python console

Results like pandas.DataFrame, pandas.Series, and numpy.array are now displayed as interactive tables that you can browse in the Python console. This presentation of results is similar to that of Jupyter Notebooks. 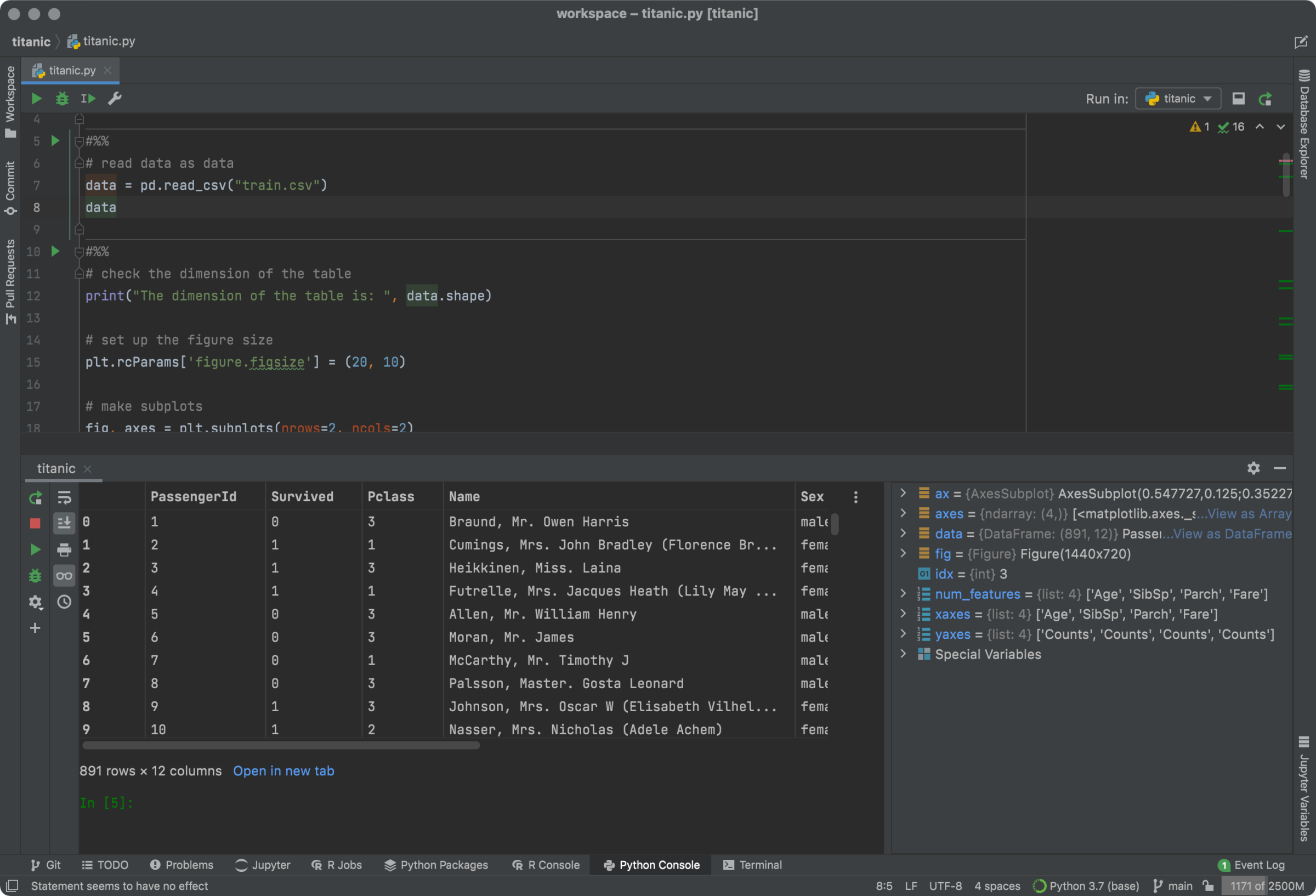 This update was also an opportunity to correct major bugs. Notebooks now correctly display ASCII progress logs (especially those in the TensorFlow or PyTorch libraries). You can find the full list of changes in the release notes.

As a Python user, you are likely to be involved in software development, exploratory data analysis, and prototyping of machine learning models. How to choose between DataSpell and PyCharm? If the choice requires a lot of consideration, the general rule is this:

If your main business is software development, choose PyCharm. If it’s data science, use DataSpell.

If you participate in both activities, you can use PyCharm exclusively or use both products in parallel.

For the next EAP constructions this year, JetBrains has planned in its roadmap: