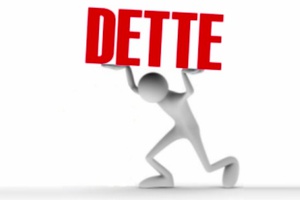 With public debt at 116% of GDP at the end of 2021, the recent increase of which is due to Covid, but whose trend has been positive for decades, the question of its financing and our recurring public deficits arises.

We must admit that we are unable to finance our social model in a sustainable way. It should not be questioned, because it has not been unworthy: it has contained the income inequalities after the transfers and it has financed the health and education of the French. But poorly funded, it weighs on labor (social security contributions), on capital, particularly with production taxes, and on the deficit, on future taxes.

This triple mode of financing made sense when Social Security was created: post-war France was in full employment during the post-war 1930s; the return on capital was high in the context of reconstruction, imposing it had little effect on investment because we were in a period of economic recovery; and population and economic growth and moderate inflation made it possible to borrow without much concern.

At that time, no one would have thought to finance Social Security with the value of the land, although historically France has always maintained most of its wealth in this way: agricultural land and land accounted for about five times the GDP between the eighteenth and nineteenth centuries, and this even today, with urban real estate in particular those that carry the bulk of this value and no longer the land. However, this value was, on the contrary, its minimum in the post-war period: destruction in time of war; Demographics have not yet recovered and high interest rates explain why real estate and land were worth only one and a half times the GDP of the time.

In 1950, it made sense to ask for only productive factors, capital, and labor. Since then, the data on the financing of the social model (which goes far beyond pensions and unemployment benefits) have been completely reversed: seventy years later, it is real estate and more specifically land that has captured national wealth. Land alone accounts for three times the country’s GDP, 7 billion euros, of which just over 4 billion for households and 2,000 for businesses, and just under one trillion for local authorities, the state and non-profit organizations (Church, associations).

The current financing of the productive factors hinders the growth and attractiveness of the country. It weighs too much at work (social security contributions). This makes net wages too low in relation to labor costs. The consequences are long-term detrimental. To name just two: a young man, largely free graduates, tempted to monetize their diplomas abroad, and in the bottom of the payroll, positions that can generate too few attractive salary increases or even cheating ‘inactivity. At the same time, production is taxing economic activity at one of the highest rates in Europe, which does not make the environment conducive to investment. In addition, the productive capital installed in France per capita is the lowest of the largest European countries: Italy, Germany and Great Britain have a higher capital per capita. Finally, the third form of financing the social model is through the deficit: the debt is spiraling, and raises fears of an increase in future taxes, which affects the future return on investment.

Taxing real estate investment is not, however, the solution: it produces the same disincentives as taxing social capital: by reducing returns, it is discouraged. On the other hand, the part of the land is the quintessential almost perfect tax base: this asset is not the result of an effort because it is not a produced asset. Also, don’t cross borders – don’t go with your land to another country. Finally, the base is wide and these 7 billion represent more than 200,000 euros of potential wealth per household. Therefore, low rates ensure significant tax revenue.

In addition, everything indicates that this wealth is very poorly distributed: not only are these main homes, although it is basically 30% of the poorest households who do not own and would not be subject to this tax. All land must be taken into account: private residential land for rent, of which a recent study by INSEE has shown a very high concentration[1] ; second luxury residences see their prices defy the imagination and pile up on multimillionaire estates; vineyards and forests are important and very tax-free holdings in heritage portfolios, and even agricultural land, contrary to the image of the small farmer, is the subject of speculation and concentration. Farmers are a very heterogeneous category and the average wealth exceeds that of managers and the so-called senior professions, reaching an average of 900,000 euros and now approaching two million for the richest 10%. In Sweden, it is possible to measure the value of the different components of the wealth of the richest. It turns out that only the share of land (in real estate, this excludes the value of buildings) reaches 25% at the level of the top 1% of the richest, combining forests, agricultural land, housing and land of own companies ); and this excludes the land component of the investee companies, of which the most important 1% owns a very important part.

With the resources of a 1% land tax, it would be possible to eliminate three uneconomic taxes in return: rent taxation that penalizes reforms and discourages rent by individuals, notary fees (rights transmission for a fee) that tax mobility and therefore. economic dynamism and finally the real estate tax which is based in part on the property and which penalizes those who restore or extend their property. With a 2% tax and some progressivity, an additional 60 billion can be recovered to lower social security contributions and production taxes.

In both cases there is a give and take; a compensation : to help young people, thanks to the rent of the land that has benefited a lot from the economic situation, the tariffs and the urbanization but without the effort having much to do with it. It is a broad project to open, but it is essential: the deficits do not disappear because the taxation of the social pact is based on a base that is eroding and affecting our competitiveness. The French have preferred real estate and land and have seen their wealth grow very rapidly in this area, but now they need to prepare for the future and reorient their savings towards employment, mobility and innovation.

Foreign experiments have been done, they have a history rooted in political economy. The principles we defend here have been endorsed by the greatest economists, from Smith to Ricardo, from Walras to Modigliani, Solow and Stiglitz, from the most liberal to the Social Democrats, from northern Europe (Estonia) to the Southern Hemisphere. New South). Wales in Australia, South Africa, Colombia), from the East (Singapore) to the West (Pennsylvania), certainly in various forms and the lessons of which are not easy to generalize directly in France, but which show the universality and timelessness of the principles of being implemented.

Studies are needed to collect data, to measure the value of land and in particular of built-up land: it is not overly complicated, much less the valuation of real estate because it is more heterogeneous than land that is more homogeneous and progressive. potential value of the territory. Data is multiplying with the rise of big data, which gives hope for increasingly accurate values. Then it will be necessary to create the fiscal instrument with a low rate and, in return, to suppress the rest of the taxes on real estate, in order to assure the citizens the equity of this reform; and finally to move forward gradually but surely with this fiscal balance of the productive factors towards the land. The construction site for a period of five years, no doubt, only to start operations.

Alain Trannoy and Etienne Wasmer have recently published The great return of land to heritage, and why it is good newsOdile Jacob, 2022.

[1] According to the study by André M. and Meslin O. (“And for a few more apartments: study of the ownership of domestic property and the redistributive profile of the property tax”, INSEE), on 3, 5% of households own 50% of rental property owned by individuals.